Skip to the end of the images gallery

Skip to the beginning of the images gallery

* Delivery time is up to 30 days from the date the order was approved.

Over 3,300 years ago, after the Exodus from Egypt and Parting of the Red Sea, Moses received the Ten Commandments from G-d on Mount Sinai. The Ten Commandments, a covenant between G-d and the people, laid down a code of moral conduct for mankind, for all time. 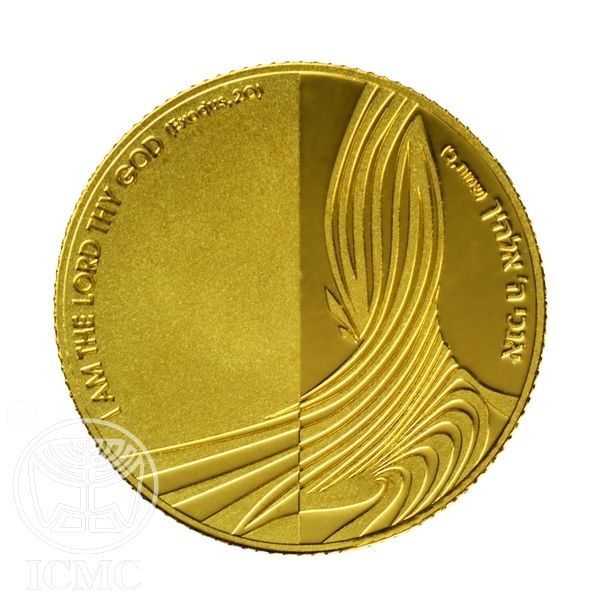 First Commandment - "I am the Lord thy G-d, Who have brought thee out of the land of Egypt, out of the house of bondage"

The Book of Exodus, Chapter 19, describes the revelation and Giving of the Law on Mount Sinai. On the first day of Sivan, the third month after the Exodus from Egypt, the Children of Israel reached the Sinai Desert and camped near Mount Sinai. During their few weeks of traveling in the desert, they had been under Divine protection, witnessing daily miracles and their faith in G-d had strengthened. Moses ascended Mount Sinai and returned to the people, passing on the word of G-d. Unanimously, the people answered "Everything G-d has said, we will do". As commanded by G-d through Moses, the people prepared for the third day, when the L-rd was to descend upon Mount Sinai before the eyes of the people. Boundaries were set around the mountain, for they were forbidden to touch or ascend.
Dawn of the third day broke amid thunder and lightning. Heavy clouds hung over the mountain, and with the steadily growing sounds of the Shofar, the ram's horn, the people trembled with fear. Moses led the Children of Israel out of the camp to the foot of Mount Sinai, which was quaking and covered by smoke; G-d had descended upon it in fire. The sound of the Shofar grew louder, but suddenly all sounds ceased, and an absolute silence ensued; and then G-d proclaimed the Ten Commandments.

Later, Moses was to receive two stone tablets inscribed by G-d Himself with the Ten Commandments:

Traditionally in Judaism, special importance is attributed to the Ten Commandments as headings for all the 613 commandments. The Ten Commandments are read three times during the year in the Synagogue, once during the Reading of the Law, when the "Yithro (Jethro)" Torah portion from the Book of Exodus is read, once when "Va'Ethannan" from Deuteronomy is read and once on the festival of Shavuoth, commemorating the time of the Giving of the Law.

Each of the inspiring medals in this series artistically represents one of the Ten Commandments. The common side of the medals in the series depicts the Tablets of the Law and bears the Holy Land Mint Trademark as well as the metal fineness.

Top
item(s) in your cart